Chinese is the most widely spoken language in the world.

Scientists claim that learning foreign languages has a positive effect on memory and intelligence in general. Polyglots are more open to new things, more industrious and easier to cope with complex tasks. They retain mental clarity and good memory longer. The brain is a muscle that gets stronger with every word learned. 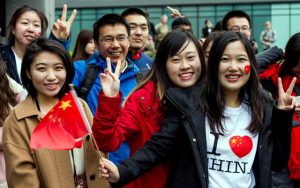 The ability to speak Chinese is an extraordinary asset. In particular, international businesses prefer to hire people who speak more than one language. If you know Chinese, this will definitely be a big plus. Not to mention, China has become a huge market and business leaders are looking for people who can speak Mandarin and function well within the cultural context of China.

Learning Chinese is not as difficult as you think. This should be noted because many people initially refuse to learn Chinese. The hieroglyphs are actually built on the basis of simpler radicals, which are formed on clear visual images. If you know 1000 characters, you will recognize 90% of the characters in Chinese newspapers. In addition, there is no set, no time, no genders and cases. It’s attractive, isn’t it? 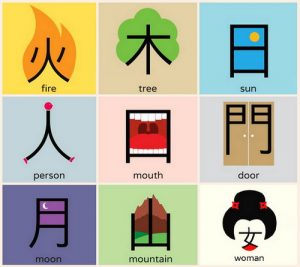 Chinese is also spoken in countries other than China. Some people think that Chinese is only spoken in China, but that’s not true! Mandarin (Chinese) is the main language in Malaysia, Taiwan, Singapore, Indonesia, Thailand, Brunei, Philippines and Mongolia. So if you want to do business or travel there, learning Chinese will be very helpful.

Cross-cultural bridges with Chinese. China has the largest population in the world with approximately 1280,000,000 people, so learning a language gives you access to connect with many people on a deeper level.

Chinese history and culture is rich and deep. You have probably heard that China is a country with one of the oldest histories and cultures, but have you really studied it? China has thousands of years of history with beautiful architecture, pottery, silk, inventions, poetry, literature, and so on. Watch a few Chinese documentaries and you will begin to learn about a rich past that will help invigorate your Chinese language learning.

If you like Chinese restaurants in your country, then you can’t wait to try real authentic Chinese food. Chinese food can honestly be an important reason to learn Chinese. There is amazing food all over the country and you should start looking at the menu before you even go to China.

Enhance your China travel experience. Even if you are just starting to learn Chinese, it can make traveling to China a lot easier. China is as big as the United States and has so many amazing provinces to visit and visit. Learn Chinese and get access to the local population.

Learning a second language makes you smarter. Being a polyglot is cool. It can have a profound effect on your brain, improving non-language cognitive skills and even protecting against dementia in old age. This forces the brain to resolve internal conflict, training the mind, strengthening its cognitive muscles.