It turns out that both the questions of the listeners and the answers to them, for the most part, do not differ in variety and novelty, and therefore we decided to present our considerations in the form of some “instruction for beginners to learn Chinese”, setting out everything clearly point by point. 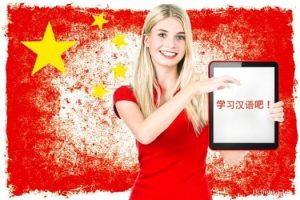 1. How difficult is the Chinese language, and is it possible to master it in the foreseeable future?

The Chinese language, in our deep conviction, is not much more difficult than all other languages ​​of the world and it is quite possible to learn it. Pronunciation (namely, tones) and hieroglyphic writing present some difficulty at the very beginning, but with due diligence it is possible to cope with them. Difficult to write, Chinese often amazes beginners with an almost complete lack of inflection, that is, the simplicity of grammar. So you do not have to suffer with declensions and conjugations. As for hieroglyphics, diligence and attentiveness will help you to cope with it, first of all. I would like to immediately note that “outstanding graphic memory” and “absolute ear for music” are not prerequisites for learning the Chinese language (although it will be easier to master any language with them).

2. How long does it take to learn Chinese?

“It all depends on how you teach. You can reach the intermediate level (preintermediate or intermediate) in one and a half to two years, or you can study the first 12 lessons of the “Initial Practical Course” all your life. With fairly regular classes according to the schedule offered at the EC RSUH, in two years, without really straining, you can master about 1500 hieroglyphs (this is the minimum that we require). We emphasize hieroglyphs, not words. From these hieroglyphs, as from cubes, a lot of words are formed, which are enough to communicate on everyday and professional topics and read texts of an average level of complexity. For comparison, let’s say that the hieroglyphic minimum for a literate Chinese (high school graduate) is 3500 hieroglyphs. This minimum is enough to read almost any modern texts, including the press and fiction. To read the classics (canons and classical poetry) you will need a slightly larger supply. 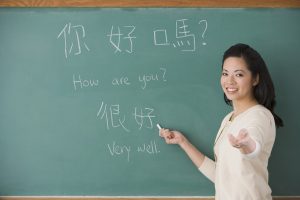 3. Is it possible to learn Chinese in three months?

It is forbidden. More precisely, it is possible, but only as much as any language can be learned in three months. In three months, you can learn how to say hello, get to know each other, tell something about yourself, at the very least bargain in the market and, perhaps, approximately explain to the taxi driver where you need to go. In any case, having learned to pronounce Chinese words in three months, you will be able to fully use the Chinese-Russian phrasebook and dictionary.

4. Are there special methods for teaching Chinese?

Yes, they are used. We also use new teaching aids, and try to introduce new methods of conducting classes and teaching, for example, the communicative method of teaching. But don’t place too much hope on the method alone: ​​if you don’t put in the effort, no method will help. In addition, the novelty of any methodological approach, from our point of view, is relative: effective learning of a foreign language is largely based on a combination of new and old, time-tested methods, such as learning texts and dialogues by heart, writing hieroglyphs, regular performance exercises, etc. In other words, the new technique will not save you from the systematic study of the language. By the way, many old textbooks of the Chinese language, systematically expounding the basics of grammar and hieroglyphics (for example, let’s call “Fundamentals of the Chinese Language” by T.P. Zadoenko and Huang Shuying and “Spoken Chinese” by Tan Aoshuang) are still not without reason considered one of the best.

5. Is it possible to learn Chinese without spending time and effort on it?

No. Everything is simple here: the effectiveness of learning a foreign language directly depends on the amount of work you put into it. How much effort is invested, exactly the same effect will be obtained. Miracles, unfortunately, do not happen. By the way, the study of any foreign language can be considered as a kind of simulator for your intelligence and auditory memory, and Chinese, in addition, is a good simulator for visual memory.

6. What is the best way to master Chinese tones and is it necessary to memorize them at all?

It happens sometimes to hear the opinion that tones in Chinese are not so important and the Chinese will understand you even without tones. If you don’t mind being half understood, constantly asked again, misunderstood, laughed at you, then you can’t learn tones. Otherwise, you’ll have to work on it. Just don’t from the very beginning, before you really get started, deduce the theory that you have no hearing or a poor auditory memory, and therefore the tones are not remembered in any way. Both memory and hearing will develop if you approach their development systematically and consistently. The tone of the syllable is a new phenomenon for you that you need to get used to, and the habit is developed only as a result of constant training. It should become natural for you that a hieroglyph or a word without tones does not exist, which means that you need to constantly check yourself whether you remember the tone of this hieroglyph or not. If, God forbid, it turns out that you don’t remember, then all that remains is to go into the dictionary (or textbook) and check yourself, another way to remember
no tones. And most importantly: it is not the teacher who should monitor your tones (although he, too), but, first of all, you yourself. 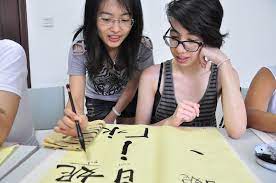 7. How many letters are in the Chinese alphabet?

Chinese characters do not consist of letters, but of a limited number of graphic elements (just over 200), which themselves also have a meaning. The whole set of hieroglyphs consists of a combination of these graphemes, each hieroglyph has a clear structure, and therefore is not so difficult to remember (if you approach it exactly as a structure, and not as a picture). For the convenience of writing pronunciation for the Chinese literary language in mainland China, the phonetic alphabet “pinyin” has been developed based on the Latin script. But he plays only a supporting role.

8. How to deal with Chinese characters?

Is it necessary to learn to write hieroglyphs by hand when they can be printed on a computer? – You can deal with hieroglyphs just the same with the help of regular handwriting of hieroglyphs, especially at the first stage. The new motor skills of the movement of the hand when writing the sign should be formed into a single whole, and the hieroglyph itself, just as a single whole, should be imprinted in your memory. That’s what writing is for. If you can memorize the hieroglyph without spelling, then, of course, there is no need to diligently write one notebook after another, but practice shows that such cases are relatively rare. A clear knowledge of basic characters will allow you to effectively expand your character and vocabulary. If you know the basic hieroglyphs only approximately, then it will be extremely difficult for you to memorize new words and hieroglyphs derived from the basic ones.

9. How to write hieroglyphs yourself?

How many times do you need to write a character to remember it? – You need to prescribe as many times as you need to memorize this particular hieroglyph. At the initial stage, we recommend writing hieroglyphs every day, at least for 20-30 minutes. In this case, you should not write one hieroglyph at once in many ways: write the sign 3-4 times and move on to the next sign. Before writing a character, try to reproduce it in the air with your finger, imitating the movement of a pen and observing the sequence of strokes. And only after that write it in a notebook, regardless of the original from which you are copying. When prescribing hieroglyphics, you should never write off the previous hieroglyph written by you on the left: if you forgot how the sign is written, check the original in the copybook or textbook. After writing the hieroglyph, pronounce it with the correct tone. When you have finished writing the hieroglyphs, close the notebook and check yourself from memory which hieroglyphs you have just written.

10. Why do you need to learn texts by heart?

Is this method hopelessly outdated? – Practice shows that learning by heart helps to better master the material of the text and the grammatical structures used in it. When learning a foreign language, we, in fact, perform the following operation: we drive into the subconscious the vocabulary and grammatical rules learned consciously. Just for this, learning texts by heart is necessary, that is, in this way a sense of the language is gradually formed. Of course, learning by heart is far from exhausting the entire process of learning a foreign language.

11. How many hieroglyphs do you need to know to read newspapers?

Approximately 3500 characters, which is the hieroglyphic minimum of an educated Chinese. In newspapers, however, there may be quite complex essay articles that you will have to work with with a dictionary.

12. How long should I study Chinese every week?

This is a very important question. Chinese should be practiced every day, not necessarily a lot. Here, regularity, in some ways, is more important than the total duration of classes: it will be much more productive to study for 40-60 minutes a day than to sit for 4-5 hours on weekends, “working” for the whole week. If you don’t have time and you can’t devote an hour a day to classes (that’s how much time, at least, we would recommend doing every day), do at least 20 minutes, but be sure to do it every day.

13. They say that there is no grammar in Chinese.

How difficult is Chinese grammar? – Of course, there is grammar in Chinese. It’s just that it is not expressed in the form of declension and conjugation forms familiar to us. In this sense, Chinese grammar is extremely simple. But, in any case, the Chinese language has its own peculiarities of constructing a sentence and organizing information in a text, the development of which will take a lot of time. The rules for the use of service words and particles will present a certain difficulty, but even this can be dealt with with regular practice.

14. They say that there are many dialects in the Chinese language

and in order to communicate, for example, in Shanghai, one must be able to speak Shanghainese. What Chinese language will we learn and how will we communicate in China? – In China, indeed, there are a large number of dialects whose speakers do not understand each other. But the rumors about the inability to communicate in literary Chinese, which you will study, are slightly exaggerated. Now almost everywhere in China you can communicate in Putonghua, and the majority of young people perfectly understand and speak the literary language. You may have difficulty communicating only with those who have never been to high school, or with older people whose accents you will find difficult to understand by ear.

15. How to learn to understand Chinese speech by ear?

How soon will we be able to understand Chinese television? – Understanding Chinese television is not given immediately. This is due to the high rate of speech of the speakers and a large percentage of book vocabulary, the latter, of course, is characteristic of the literary language. Therefore, to understand television, special listening training and constant replenishment of vocabulary, including proverbs, sayings and set expressions, are necessary.