Mandarin Chinese is a difficult language to learn, especially given its unintuitive pronunciations and use of characters rather than an alphabet system. Learning Chinese can be a daunting idea, and often many beginner students don’t know where to start.

If you are feeling overwhelmed, this guide can give you the basic building blocks of Chinese grammar, introductory vocabulary, and pronunciation tips to help you build a foundation in Chinese. Be sure to click on hyperlinked text to access each lesson.

Mandarin Chinese is a tonal language. Meaning, the way a syllable is pronounced in terms of sound and tone changes its meaning. For example, the syllable “ma” can mean “horse,” “mother,” “scold,” or “hemp” depending on which tone is used.

Once you have learned the tones, you can start learning new vocabulary and phrases while learning pinyin Romanization. Reading and writing Chinese characters is the last step.

There are 37 unique sounds in Mandarin Chinese, which consist of 21 consonants and 16 vowels. Through a myriad of combinations, around 420 different syllables can be produced and are used in the Chinese language.

Let’s take the Chinese word for “often” as an example. The character 常 is pronounced as cháng, which is a combination of the sounds “ch” and “ang.”

The sound chart in this guide has audio files of all 37 sounds along with their Pinyin spellings. 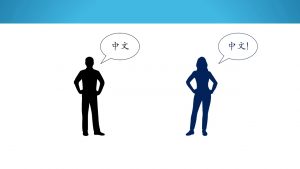 Pinyin is a way to write Chinese using the Roman (Western) alphabet. It is the most common of many forms of Romanization, and is used in most teaching materials particularly for Western students learning Chinese.

Because pinyin has many pronunciations which are unintuitive to English speakers, it is necessary to study the pinyin system to avoid pronunciation errors.

Of course, there is a seemingly endless of vocabulary words to learn. Ease yourself in by starting with some of the most commonly used, everyday Chinese words.

In order to refer to people in a conversation, you will need to know Mandarin pronouns. This is the equivalent to terms like “I, you, he, she, they, we.” Mandarin words for colors is also elementary vocabulary that can be easily learned. As you see different colors in your everyday life, try and remember the Chinese word for it.

Understanding Mandarin numbers is also a good place to start. After you have mastered reading, writing, and pronouncing numbers, learning calendar terms (such as days in the week and months) and how to tell time will be easier. 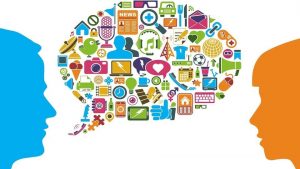 Mandarin Chinese grammar is very different from English and other Western languages. The first step is learning basic Mandarin sentence Structures. For a beginner-level Mandarin student, it is also important to know how to ask questions in Chinese because asking questions is the best way to learn about a language and a culture. Particularly helpful questions to know include “how do you say X in Chinese?” or “what does this idiom mean?”

An interesting difference between English and Chinese is the use of Mandarin measure words. For instance, in English one would say “a piece of paper” or “a loaf of bread.” In these examples, “piece” and “loaf” are measure words for the nouns “paper” and “bread.” In Chinese, there are many more measure words.

The point is, there are a lot of characters! While the only way to really learn characters is to memorize them, knowing character radicals can give you some hints too. Engaging with beginner-level Chinese text and books can be a great way to practice.